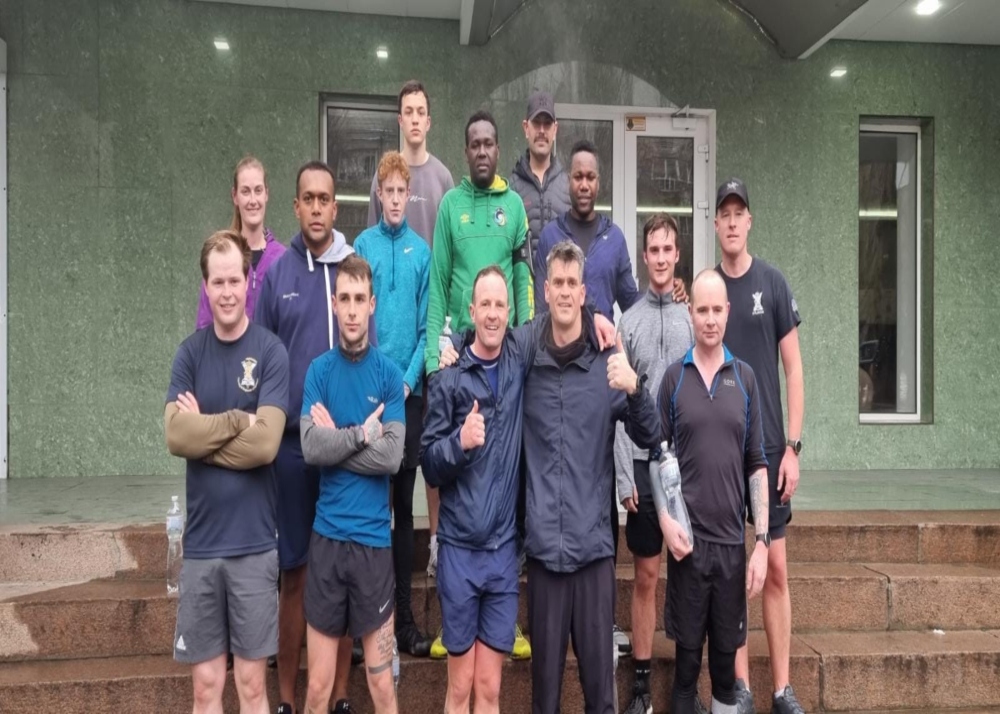 There have been a number of charity events across the Battalion over the last few weeks,all these events have raised large sums of money for some very worthy causes.

4 SCOTS LAD held a charity event over the weekend 27-28 Nov virtually cycling 840 Miles from Lands’ End to John O’Groats. They have currently raised £1,334 for the Meningitis Foundation.

LCpl Andrew Betts spent the night sleeping outside for those sleeping rough in Glasgow, an annual event for LCpl Betts that raises money and awareness for those in need. This was all done in aid of The Rangers Charity Foundation who have been partnered with the Glasgow City Mission for a number of years.

B Company who are deployed on Op ORBTIAL in Ukraine took part in a 4, 4, 48 Challenge for Mental Health. In an effort to raise money for Combat Stress, 3 of our NCOs; CSgt Buntine, Sgt Dick and LCpl Gough ran 4 miles every 4 hours for 48 hours. This is almost the length of two marathons. They have raised £3,218 for Combat Stress, smashing their original target of £1,200.

Finally, the Battalion has raised £940 for Movember which raises awareness of men’s mental health and cancer. Most people taking part (and their spouses) report they are happy to be rid of their moustaches now that it is December!  No photos have been supplied for obvious reasons!