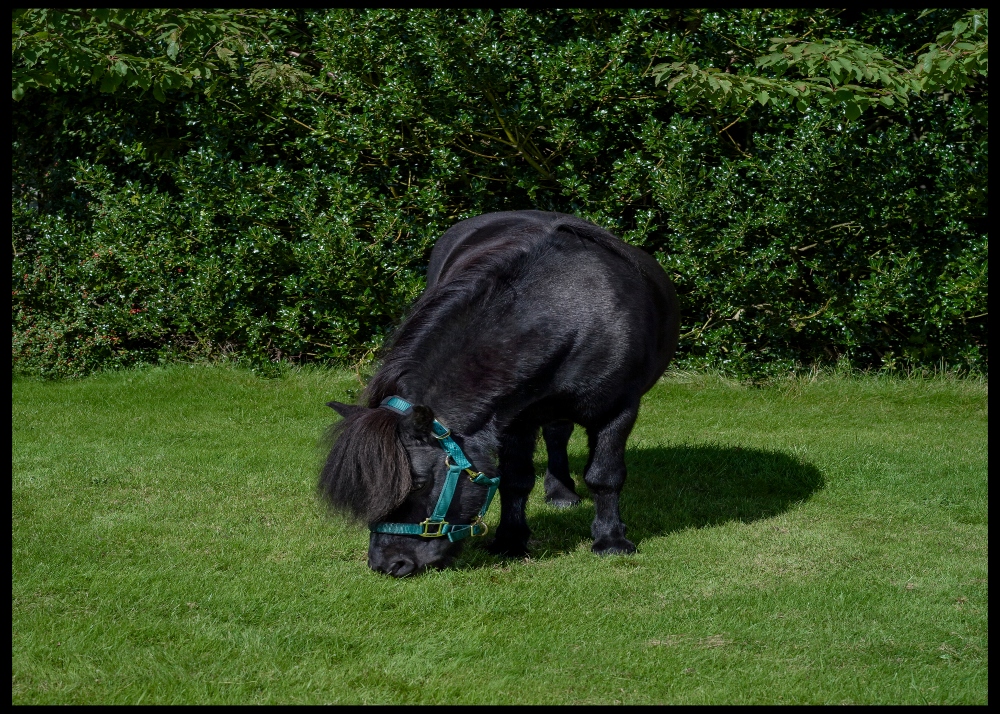 The Royal Regiment of Scotland’s mascot is a beautiful and much-loved Shetland pony, Cpl Cruachan IV.  He is twelve years old and has met Her Majesty The Queen more times than most members of the British Army.  Cpl Cruachan is normally seen marching with the SCOTS Pipes and Drums and the massed bands at the Royal Edinburgh Military Tattoo. Cpl Cruachan has also been known to parade through local towns and is a regular attendee at ceremonies in Buckingham Palace, Windsor Castle and of course, Balmoral Castle during The Queen’s annual holiday. He has appeared in many local and international tabloids and magazines; including Vanity Fair, which famously reported that he ‘mistakenly’ thought Her Majesty had brought him breakfast at Stirling Castle and proceeded to tuck into the flowers she was carrying.

In 1929 Princess Louise visited the Argyll and Sutherland Highlanders (Argyll’s) where she informed the officers’ mess that she wanted to leave a gift by which she would be remembered. Princess Louise returned six months later and presented the regiment with their new mascot, a Shetland pony that would be named Cruachan. Ben Cruachan is the name of a munro in Argyll. It has a gaelic meaning that translates to “the big stack” and was also the battle-cry of the Clan Campbell.


Cpl Cruachan is accompanied by his companion Nightcap and their daily routine is to wake early and have breakfast. They are groomed, walked and placed in their paddock to relax. When weather permits, they can often be seen at Portobello beach where they run in the soft sand and paddle through the water.

During the Covid-19 Pandemic the ponies were relocated to a civilian stable in Blairgowrie to allow the refurbishment of their stables. This included the build of their new paddock which was carried out by a team of six soldiers from 39 Royal Engineer Regiment.  In addition, they were also recently provided with a shiny new horsebox by the Regimental Trust.


Cpl Cruachan and Nightcap are cared for by the Pony Major and his second in command and further supported by the SCOTS Infantry Engagement Team who help with all tasks required to ensure the ponies safety and well being.