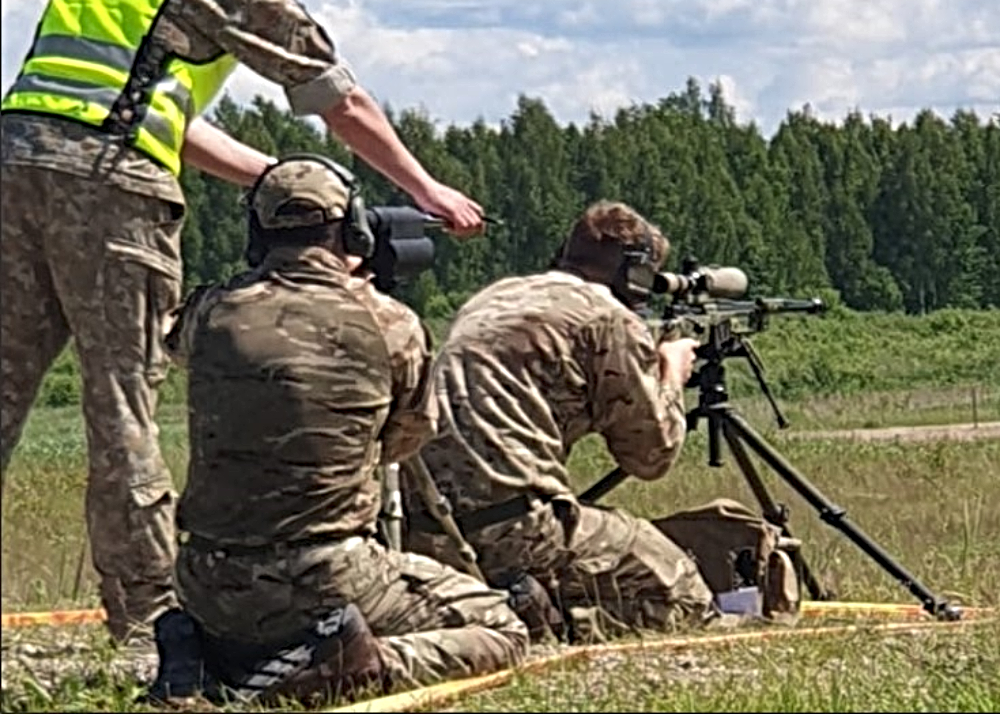 Snipers from 3 SCOTS, representing the British Army, recently competed in the International Sniper Competition 2022 with the first team finishing 11th out of 70 international teams and the second team finishing 48th. These were impressive results considering the number of operational commitments 3 SCOTS have been involved in over the past 24 months, which has reduced their capacity for specialist training time.

The competition was held last month in Rukla, Lithuania and included engaging fleeing targets at various speeds, quick engagements at varied ranges, loophole shooting and long-range engagement, all while under extreme time constraints and small targets down to only 12cm in size

The long-range elements required quick magazine changes, with rapid bolt manipulation to engage all targets within the time limits. Each element of the competition required extreme discipline and focus from the team members - something 3 SCOTS snipers have mastered.

This competition was the single profile event in some of 3 SCOTS firers careers. Their results were phenomenal considering this was not only their first sniper competition but was at International level.

CSgt Tony Brownlees, 3 SCOTS Sniper Platoon Commander said: “Sniper Festival was an incredible experience for all that attended. Being part of such a big event and representing the British Army on the International stage was a privilege. The competition was very demanding and required a skill that isn’t practiced enough, marksmanship under extreme pressure. With complex shoots at various ranges,very small targets and very little time to engage them, the Snipers performed excellently to match the competence of the other nations competing. While being in Lithuania the Snipers also took advantage to visit places such as the KGB Museum and the Museum of Illusions in Vilnius, the historic old town in Kaunas, the beach in Klaipeda and some Go-Karting and Bowling. An experience that the Sniper Platoon will not forget and hope to attend again next year.”