MORE ABOUT THE INFANTRY

Serving as an officer in the British Army is both challenging and rewarding in equal measure.  A career can be anything from 5 years to 35 years, with the opportunity to serve in many different locations (home and abroad) and in many different roles. British Army officers are trained at the world renowned and prestigious Royal Military Academy of Sandhurst and Infantry Officers do further training at the Infantry Battle School in Wales. Here they are educated and trained in the skill sets required to command an Infantry Platoon in the most demanding operations.

If you are thinking of a career in the infantry and would like to know more then Contact Us and select 'Speak to a soldier' or visit Royal Regiment of Scotland | The British Army (mod.uk)

Soldiers in The Royal Regiment of Scotland are known as Jocks and have a reputation for their professionalism, courage, loyalty and humour. They take pride in what they do and how they do it, knowing the name of the Regiment is at stake.  The Regiment thrives on the diverse nature of it's soldiers, from across the UK and the Commonwealth and is an equal opportunity employer.

Infantry soldiers perform several different roles; Driver, Physical Training Instructor, Commander, Gunner, Rifleman/Sniper, Team Medic and Musician, and the opportunity is there to have a long and rewarding career.

If you are considering a career in the Army as an infantry soldier and want to find out more then Contact Us and select 'Speak to a soldier' or visit Royal Regiment of Scotland | The British Army (mod.uk) 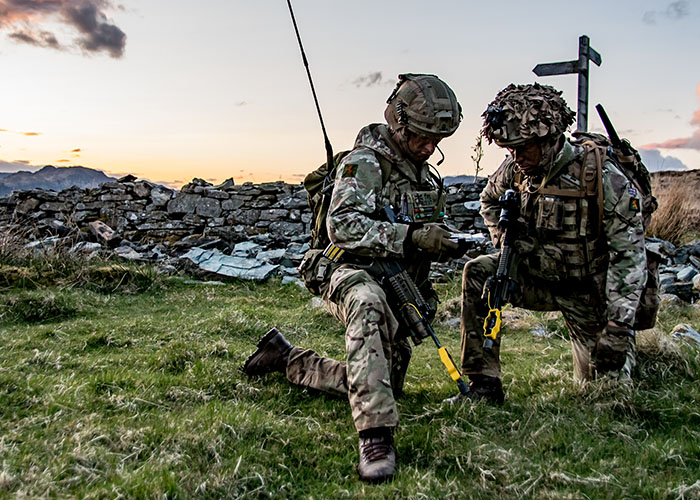