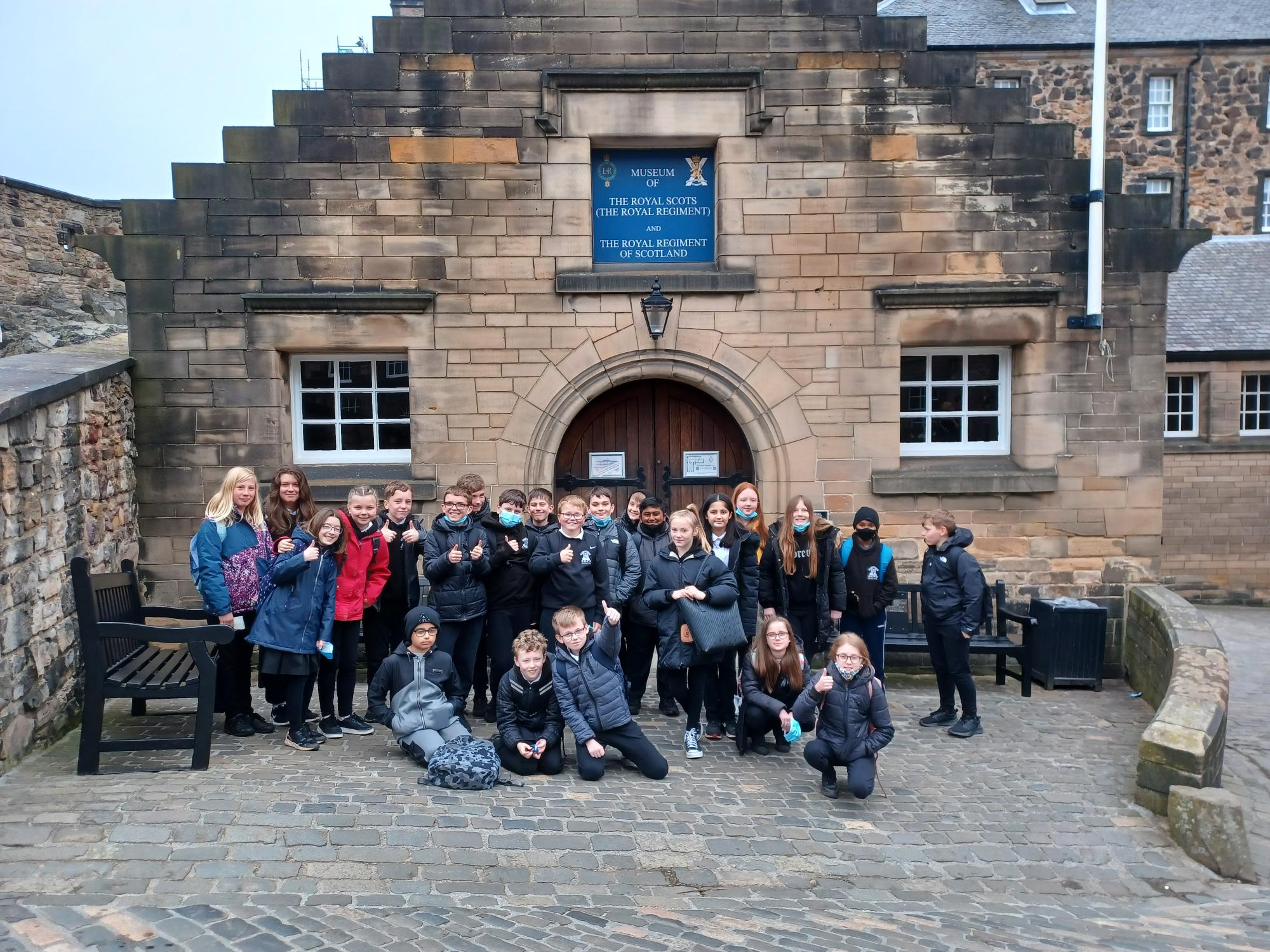 Over 50 Primary 7 pupils from Royal High Primary School joined us last month to trial a new school workshop – our first school group to visit the Museum since 2020!

Working in collaboration with our neighbours at the Royal Scots Museum and Royal Scots Dragoon Guards Museum, the groups enjoyed bespoke “show and tell” sessions featuring objects from our museum collections. Our Learning Officer adapted a Second World War session to suit the class' ‘Home Front’ topic, focusing on the Home Guard and other civil defence measures in 1940s Britain. Over three mini sessions the pupils played detective with some unusual objects, got hands on as Air Raid Precaution Wardens and went behind the scenes of the Scots DG archive. Here’s a taste of what they got up to:

The Home Guard largely comprised veterans from the First World War, including many Royal Scots. ‘Branches’ were set up in most large towns and villages across Britain in case of invasion, but what might have been in a Home Guard soldier’s kit? The pupils learned about the benefits of repurposing ordinary household items like cork, chalk, and rope when resources were scarce. Working in pairs, they played a guessing game to identify each item and its use – we had plenty of varied and creative responses!

It was important that individuals took their own defence precautions during this time too. In this session pupils were introduced to the curious baby respirator box which would keep infants protected during a gas attack, and compared it to the typical gas mask we most associate with that period. The highlight of the session was having a go at extinguishing invisible fires as an ARP Warden using the stirrup water pump. We’re sure our Museum floor has never been so clean!

Session 3 – Into The Archive

The final session took pupils behind the scenes of the Royal Scots Dragoon Guards’ Museum archive to see examples of letters and artwork sent home by soldiers. The groups were asked to think about what they could see in the documents, how soldiers might have been feeling when they were created and what they would send home in letters of their own. The collection included delicate sketches by the 2nd Earl Haig who served with the Royal Scots Greys and was held prisoner at the infamous ‘Colditz’ camp, which aren’t currently on public display.

We offer a series of workshops for schools and community groups in our Museum, inspired by current Curriculum for Excellence topics and available as part of a visit to Edinburgh Castle. If you can’t make it to Edinburgh, why not learn at home with our Regimental Museums Learning Hub? Discover the uniform worn by a regimental mascot, the importance of working as a team, and what you'll find in an Army ration pack, or explore our handy activities and learning resources.